You are here: Home / American / How to: Pumpkin Pie Spice Recipe 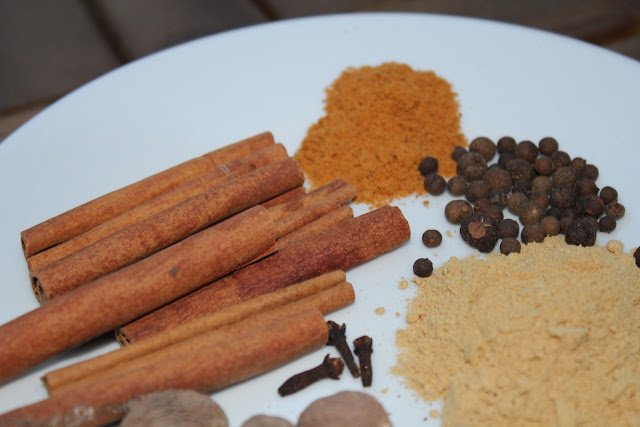 I have to admit something to you all – something that may just shock the socks off your best friend.

I’ve only had pumpkin pie 3 times in my life – and two of those times have been during Thanksgiving dinners celebrated in Norway. No lie. The first time I tried pumpkin pie was in 2008. In 2008 when I was 28 years old. Not at birth.

There are probably several reasons for this – the main one being that I’m an Arizona native with parents both born in Arkansas. My parents are from “the South”, so I grew up eating pumpkin pie’s southern cousin, sweet potato pie, during Thanksgiving season every year – not pumpkin pie.

So in light of my fondness for pumpkin pie spice, I make it myself and keep it stocked in my kitchen. During the colder months in the year, I put pumpkin pie spice in or on just about everything. I use pumpkin spice in hot chocolate and lattes, in oatmeal porridge or as a replacement for cinnamon in cookie, cake and frosting recipes.

For this recipe, you’ll need a spice grinder or mortar & pestle to grind the cinnamon, nutmeg, allspice, cloves and dried vanilla pods (once I’ve scraped the seeds out for another recipe, I let the pods dry out on the counter for a day or two, then place them in an airtight jar). I’ve tested grinding spices in the blender but the results did not come out well-boo!

Also, you may use more of one spice, or less of another to make the spice mix appeal to your own tastes. Feel free to exclude the cloves if you wish, too.

« How To: Chili Oil Recipe
How To: Salsa Verde Recipe »