Norwegians tend to enjoy their food on the (very) mild side so don’t expect anything labeled as “spicy” to actually be spicy. Spicy in the Norwegian context usually means your tongue might tingle a bit (I said might…), but you’ll never (ever) have to call the fire department. Same with sweet things. Items labeled as sweet in Norway are mildly sweet by American tastes. Dill, honey, licorice (sweet and salty), parsley, salt, black pepper, juniper berries, cardamom, dried ginger, lemon and sweet paprika are common herbs, seasonings and flavorings in Norway.

In more modern times, some have focused on salmon as a staple item but cod, dried and salted, is what put Norway on the map historically speaking in terms of food and commerce with the rest of Europe. Dried cod was quite plentiful, salt was easily accessible and the dried end product was easily transportable making it very popular in largely sea trading nations. 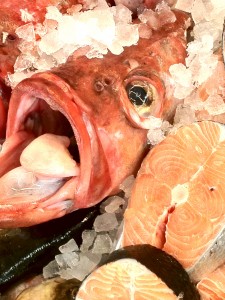 At one point in Norwegian history, cod was so common and plentiful that Norwegian workers were paid a cod ration as a part of their weekly salary. Salmon, fresh as well as smoked, in addition to trout and other seafood such as crab, shrimp, eel and mackerel are eaten often in Norway. Klippfish (bacalao in English and made from dried & salted white fish, usually cod) is used in a dish called bacalao or in klippfish balls. Pickled herring is very popular especially during Christmas.

Norwegians seriously dig dairy products. And by dig, I mean dairy products – and lots of them – are served during every meal of the day and as simple, no fuss desserts year round. In Norway, milk with varying amounts of fat in it (whole, light, super light and some varieties only made for serving with coffee), heavy cream (fløte), yogurt, butter and of course brunost are sold nearly everywhere one can purchase groceries. Brunost, caramelized whey, but better known outside of Norway as brown cheese, is sold in every grocery store and supermarket. It’s also starting to gain a following outside of Norway as international chefs are falling in love with the stuff. There are too many incarnations of brown cheese to write about here but look for an upcoming blog post I’m writing about this fudge like cheese. 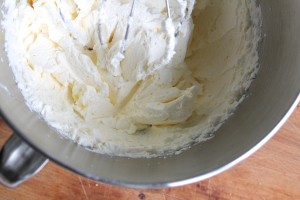 Norwegians like variety when it comes to grain products and evidence of that is the wide variety of grain types sold as flour in most supermarkets. Ones to try are spelt, rye, barley, “all purpose” bleached wheat flour, whole-wheat flour, high gluten bread flour and others. These flours are used on their own and in combinations with each other to make a variety of breads, desserts, cakes, buns, rolls, and other baked goods.

Fresh and Cured Meats Plus a Few Words About Poultry

Norwegians love their meats both fresh and cured (salt and air-dried). And sometimes they like their meats a little on the “was fresh, then cured, and is now fresh again” side. This means that some dishes are based on meats that have been salt cured, then soaked in water to reconstitute them and then boiled, like pinnekjøtt. In Norway, you can easily find chicken, lamb, pork and beef in most stores. Whole fresh turkeys (for American Thanksgiving or large family dinners) and duck are easily found in cities such as Stavanger ad Oslo – but may be hard to come by in smaller towns. Off cuts of meat (tails, ears, feet, livers, hearts, and other organs) are found in nicer butchers or nicer supermarkets.

Game meats and game off cuts are quite popular in Norway, especially in the fall and winter. Commonly eaten animals are reindeer, deer, moose, venison.

It’s fair to say that most Norwegians begin their love affair with hot dogs and sausages in childhood and especially during the Syttende Mai (May 17th), or Norway’s Constitution Day. They are sold year-round pretty much everywhere in Norway and are eaten as a snack, in between meals or for lunch or dinner.

One thing you can always count on eating in Norway no matter where you live is boiled potatoes. Potatoes in Norway are usually boiled in slightly salted water and skinned before serving. I’m not a food anthropologist but I’ve been told that boiled potatoes have always been popular because they are relatively easy to cook, inexpensive, filling and easily grown in the soil conditions in many parts of Norway. People often joke that potatoes are served at every meal-even with pasta. Truth be told, they often times are. 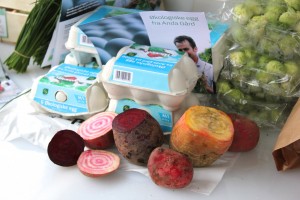 Norwegian strawberries are the best in the world. No, not kidding. Also worth trying are wild Norwegian blueberries (picked yourself, of course!), blackberries, multe berries (also called cloud berries in English), lingon berries (a variety of cranberry) and red current berries. Norwegian apples come in many varieties but the ones from Hardanger have a unique flavor and are protected by law. Hardanger produces in excess of 40% of the nation’s fruit production with plums, pear, cherries, red currants and apples making up most of the production.

« 10 Foods to Try When You Travel To Norway
Iced Coffee »