You are here: Home / Norwegian Recipes / Food Safari in Røros 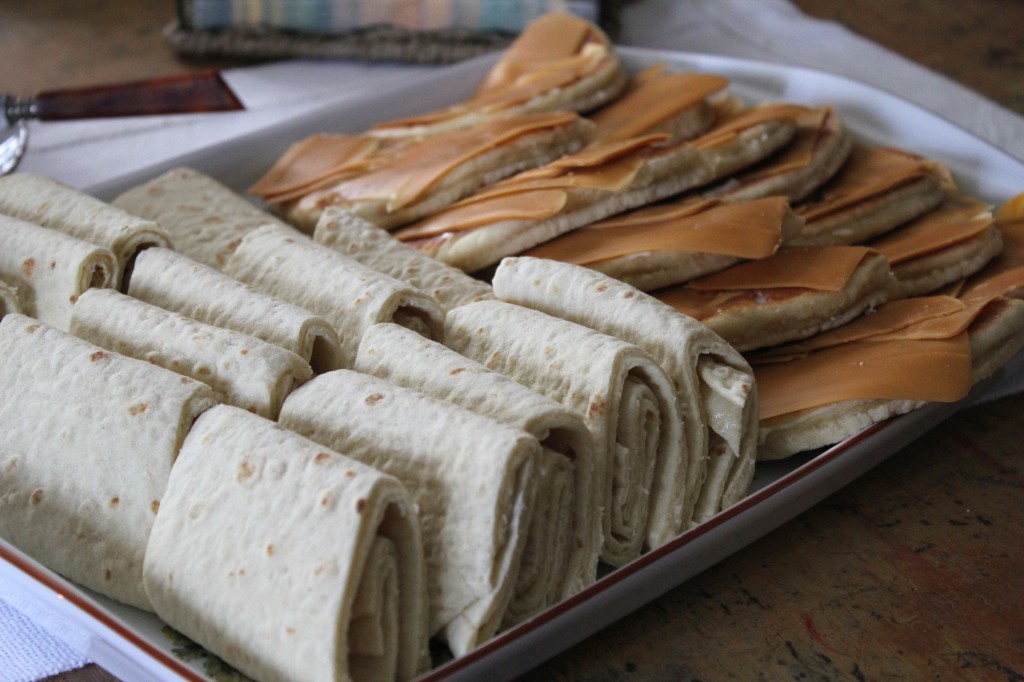 Røros, Norway, has long been on the foodie map for chefs and food enthusiasts throughout Europe and the world. The local food culture has become so sought after that the local tourist office now organizes intimate group tours (simply called “food safaris”) around the local area to check out the culinary highlights and food history in the Røros region. Most tours are 4 to 5 hours in duration and all tours offer food sampling and foodstuffs for purchase along the way. All food safaris begin at the tourist office and may be booked in advance.

First stop on the tour was at Stensaas, a butcher that focuses on reindeer and other game meats such as deer and elk. Stensaas is also well known for its rakfisk, which is traditionally eaten in the spring during Easter as well as during other times of the year. Three generations of the Stensaas family have run this operation, growing it to be one of the largest reindeer processing operations in Norway. 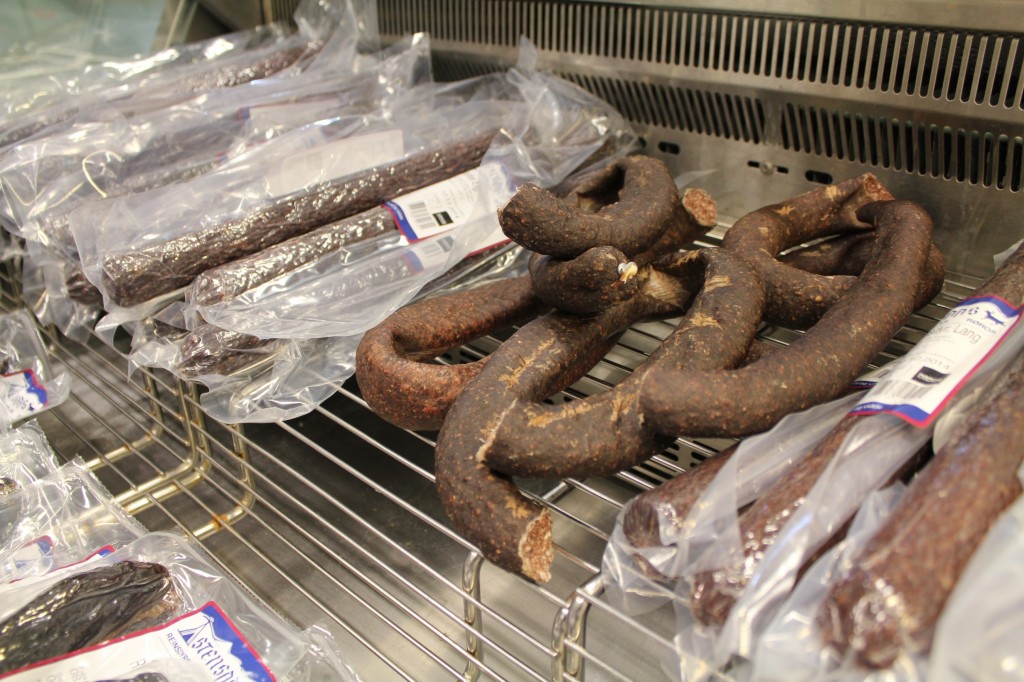 Open since 1780, Ærverdige Skottgården was formerly a working farm and the local area’s post office. We enjoyed lunch in the summer house, and here is where I tasted snarøl for the first time. This homemade carbonated beverage is made from vørterøl, a malted drink, which is high in b-vitamins and iron. It’s likely that vørterøl is a mainstay from the days when Norway and Demark were one country, as the largest producer of this stuff is in Denmark. 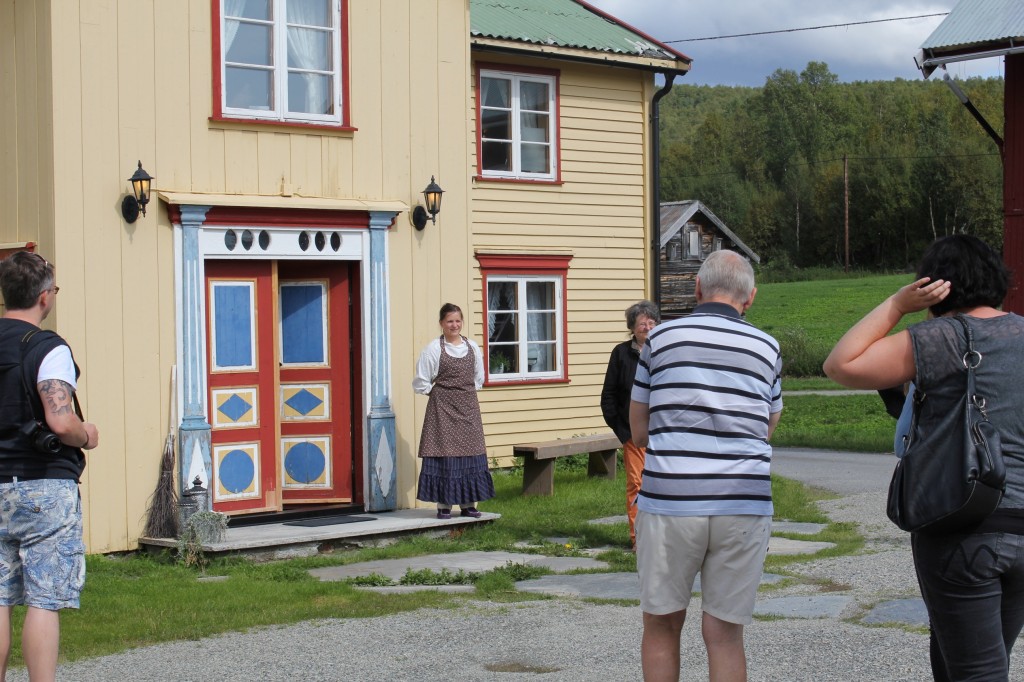 Mary our tour guide, few of the other tour guests and the owner of Ærverdige Skottgården. 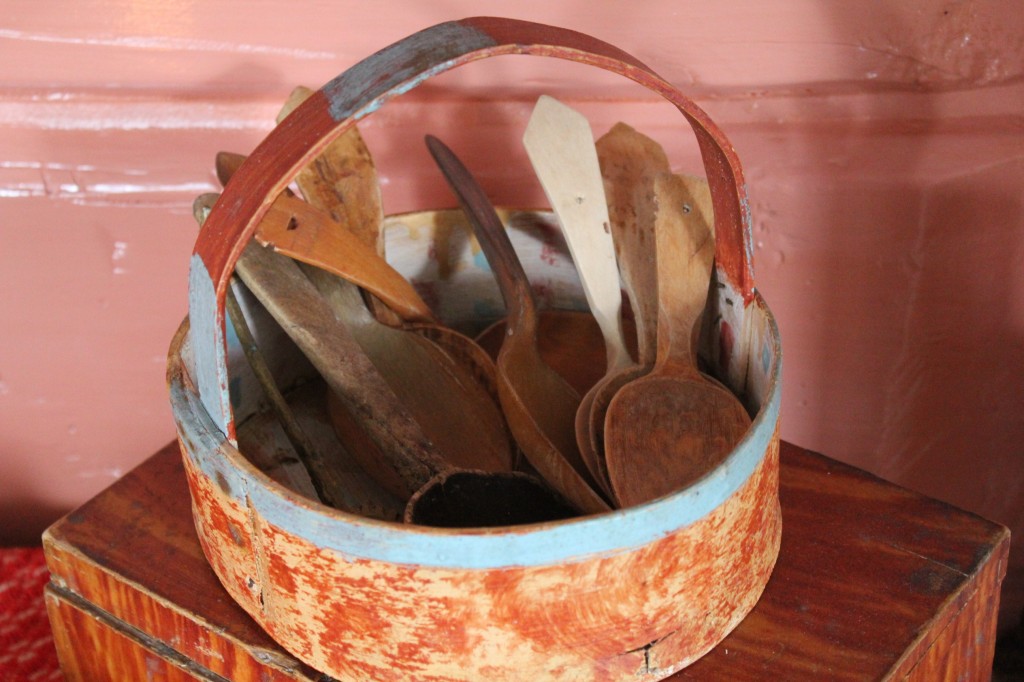 A collection of basic cooking utensils from throughout Ærverdige Skottgården’s history as a farm. 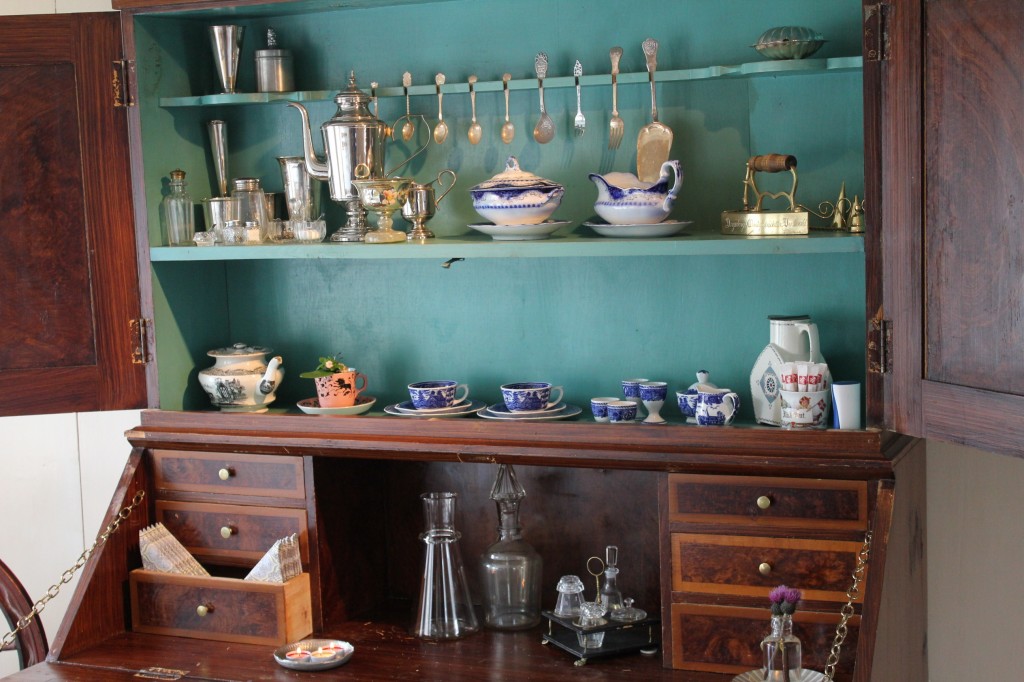 This family-run deer farm lies 30 minutes from the town of Røros and has been in operation for more than 15 years. Several hundred deer roam free here and feed on grass as well as treats provided by the Torsvoll family. Focus at this stop on our journey was placed on the importance of good food and the hunting tradition in the area. 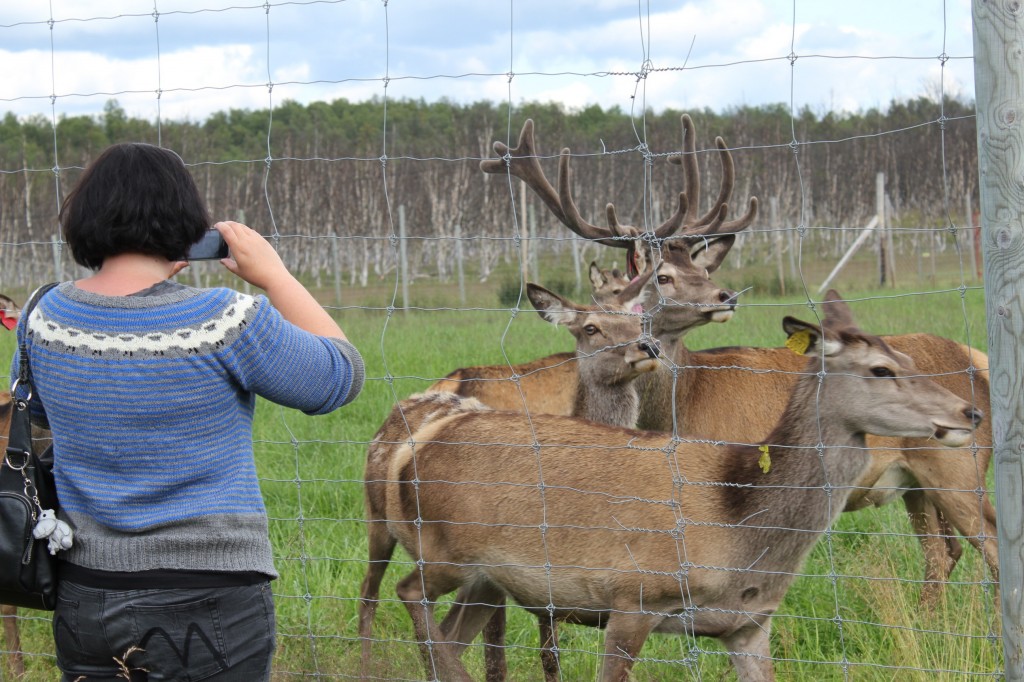 Outside of our lunch stop, our coffee run at Kalsa Gårdsbakeri proved to be my favorite stop on the food safari. Run by a lovely woman named Tove, this farm bakery served 100% handmade pjalt (a cross between American-style biscuits and Norwegian lapper) and lemse (similar to but not quite lefse; made with organic Røros tjukkmjølk, an agriculturally protected dairy product). Alongside both we were served gom (caramelized milk whey) and some of the best coffee I’ve ever had in Norway, while we sat in the old sommerstugga (summer house). 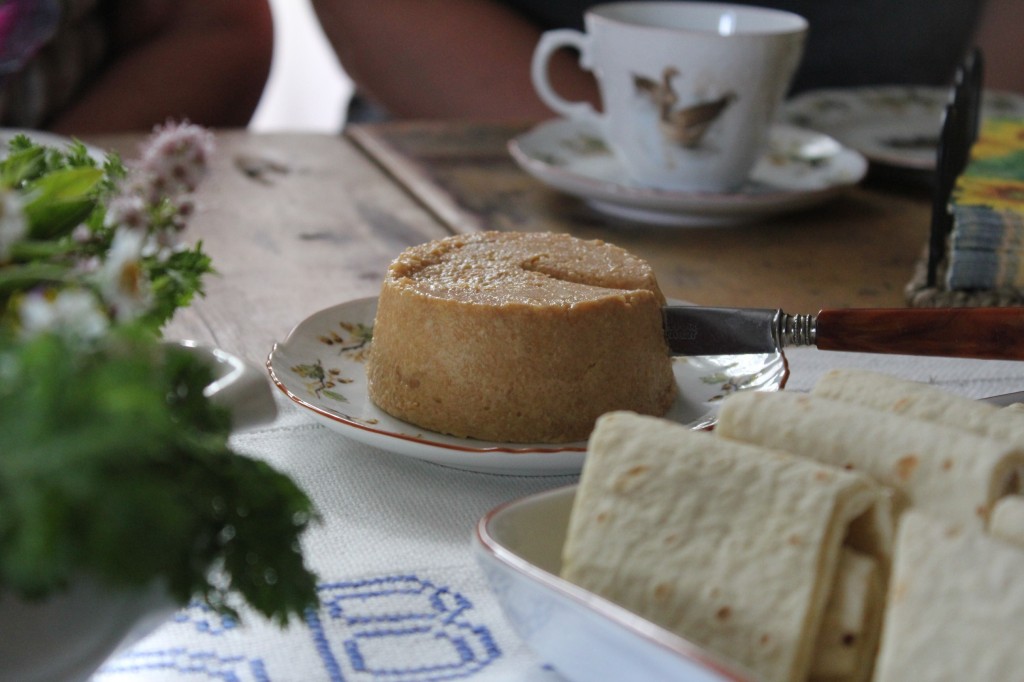 Locally made gom, which is caramelized curd. A cousin to brown cheese, this local specialty was served alongside lemse (not exactly lefse) and coffee in wildlife-decorated china.

« Brennsnut
Where I Ate: Trondheim Edition »