You are here: Home / Resources / We Bought a House! This is What I’m Not Moving 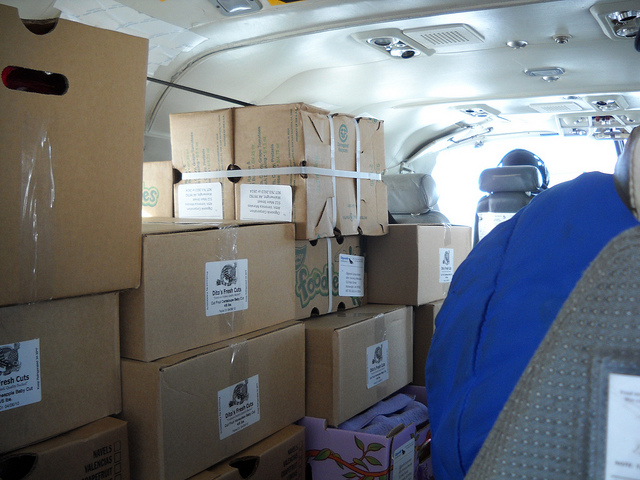 This should be about the equivalent of all my kitchen supplies.

So first things first, we bought a house! Some of you already figured it out based on various posts on Instagram, but let me say it loud for everyone to hear: WE BOUGHT A HOUSE! Buying of said house means no more weekends in Oslo, and no more flying back and forth either, which is of course FAB! Whoop whoop! Two lovebirds, one city – one house. He’s sold his house in Oslo and mine is on the market! I can’t believe we’ve gotten here together, but we have and come the middle of Feb I’ll be living in a house almost 100 years old in my favorite section of the city.

In preparation of taking over the new house, I’ve been packing up my apartment over the last week. You never really know how much crap you have (and don’t use) until you decide to move.

Here is a list of things I’m not taking with us to the new house and why. Hopefully I’ll learn my lesson with this move and stop buying stuff I don’t need and start using the stuff I have.

Now I know this is probably a bit shocking to some of you but I’m not moving my standing mixer because Mr. B has another, larger, more powerful one. His is better at making boller, kringles and basically another with yeast as the bowl is bigger and the engine more powerful. My KitchenAid was good for just me but Mr. B’s is a lot better for all the baking we’re planning on doing in the future. So mine is going up on the local “Craigslist”-ish online marketplace web site this week.

Lesson Learned: If you are combining households with someone else, you’ll need to get rid of all of the small appliance you aren’t using. Choose the one which best suits your needs and sell the other one(s).

I love stackable plastic storage containers, or at least I thought I did! The last lot I bought turned pink in the dishwasher and still smell of the salsa I made a month ago. Glass, steel, wood and bamboo containers never do that – so all of the cheap plastic containers I have are going to the recycling bid. I’ll be replacing them with the glass storage units from Ikea. The good thing here is that glass storage containers can be put in the oven, dishwasher and the fridge, which means I can take them from table to fridge without skipping a beat (or having to keep a cumbersome basket of plastic storage lids in a drawer).

I’m also trying to cut out as many plastic kitchen utensils as possible, just because they never properly get clean in the dishwasher and I don’t have time to hand wash them all now. Plus we don’t use nonstick cooking ware all that much, so I don’t really need them. Also, I’m pretty pleased with the cool wooden tools I bought in July at Marks and Spenser’s or the steel ones I bought in September at Ikea.

I’m Not Moving: Kitchen Utensils Which Have Only One Purpose

My kitchen utensil drawer grew tenfold in the last two years somehow and now there is so much stuff in there I can nearly close the drawer. So it’s time to downsize, and a good place to start is with all of my utensils which can only be used for one thing. Parting is such sweet sorrow, no?

Lesson Learned: Stop buying kitchen utensils because they are “on sale”. Full price and used is much better than on sale and not used.

I’m Not Moving: Clothes that haven’t been worn in a year

Every woman has that one pair of jeans or those couple of dresses that are just too amazing to part with even when they grow out of them. Well…I have a few pairs of jeans and a few dresses which no longer fit due to the 20 “I’m writing my dissertation” pounds I’m still trying to lose  from 2 years ago. It’s torture looking at those items, so for a time I parked them at Mr. B’s house in Oslo. I’ll be donating most of that stuff to a women’s shelter soon, because I just can’t stand the torture anymore. And because I’m too old to wear short, lycra body con dresses to nightclubs in winter.

Lesson Learned: Out with the old, in with the new. Wear clothes which make you look fab – and towards your future.

I’m Not Moving: Books Which I Don’t Want in My Collection Anymore

I have enough books, in three languages, to fill a city library. No joke. I have so many books, it should be a crime to not build a library to house them all. But in the interest of space saving, I’ve decided to cut my collection down by at least half, and free up those beauties for someone who can really appreciate them (like shoppers at Goodwill).

Lesson Learned: None. I love books, and reading. I just don’t like moving books up flights of stairs especially when most of the books I’m giving away are ones I’ve read more than once.

I’m Not Moving: Any of my hand me down furniture

Don’t get me wrong, it’s always great to inherit furniture from friends and family – especially when you lived on a budget as tight as I have over the last few years and you can DIY it to your heart’s content. I’ve learned in the last years that I am not really a DIY type of girl, or rather, turning old crappy stuff into cute stuff isn’t as easy as Pinterest makes it look. So we’re getting rid of all the furniture which doesn’t make us happy and replacing it when our budget allows. I wish I was more of a DIY’er, but for now, I’m okay not spray painting old tv carts into cool home bar carts. Ditto for the accent wall painting plans I had for my bedroom in the old apartment – it just never happened.

Lesson Learned: Save up for the things you like, and replace them when the time is right.

So what about you? What did you decide to move or not move over to the last house you bought or rented?