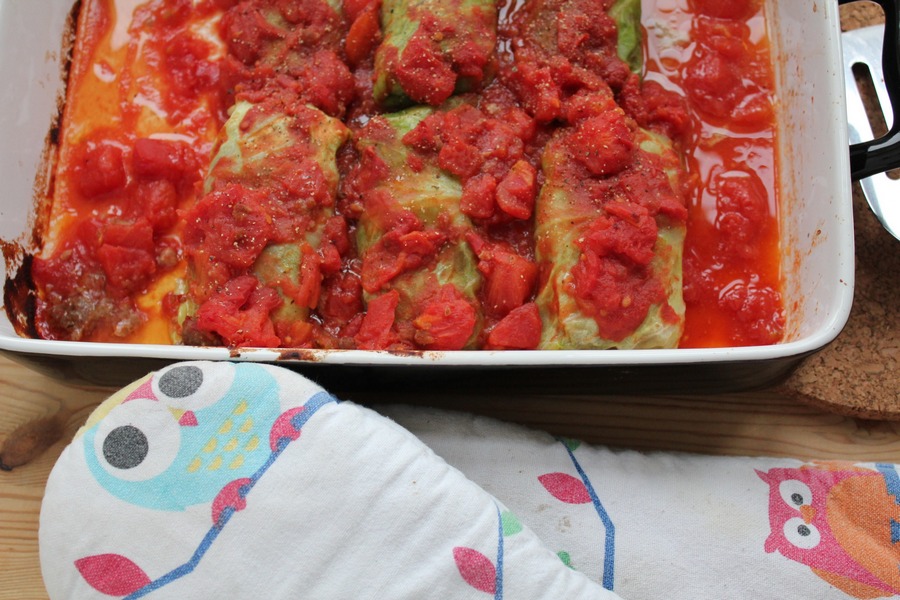 Cabbage. Rolls. Are. Wonderful. I adore these little green parcels of spring time goodness, especially when the young spring cabbage begins to arrive in the local stores. Spring cabbage in Norway is vividly green, dome-shapped and hearty, a much welcomed change from the round, white cabbage which is widely available throughout the winter. I’d only been served cabbage rolls a few times before I learned how to make them on my own, but they are normally a crowd pleaser for a warm mid-week meal (and friendly on the wallet too!) when served with potatoes.

Obviously the star of the show in this recipe is the cabbage, but having a seasoned, moist meat or vegetarian filling isn’t anything to forget about either. If you make a meat version of these, be sure to use cream, not milk like some recipes call for. Cream has a higher fat content in it than milk does, which means the meat will stay moist throughout the cooking  process. Although rice in Norway isn’t traditionally used as part of the cabbage roll filling, it can be a tasty way to stretch out your ground meat, or as part of a vegetarian version of this recipe if combined with ground mushrooms instead of ground beef.

I’ve mentioned this a bit before, but I will say it again here as it deserves to be repeated. I like to use freshly ground spices in my recipes as much as possible because they impart more flavor in the food, but most Norwegians use pre-ground spices. This means that my versions of traditional recipes tend to be a touch more robust in the spice department, especially when using aromatics like black pepper, nutmeg and ginger. If you like your spices less robust (and by robust I mean noticeable), and want them to be more of an afterthought like they are in many Norwegian dishes, use less of the freshly ground stuff or the exact same amounts I’ve listed below of pre-ground spices.

Also, while this recipe is easy to assemble, making it with a a second pair of hands around can be a social way to spread out the different steps in a fun way. Parts of this recipe can also be made in advance, such as boiling the cabbage leaves or pre-mixing the meat mixture. Be sure to bring all ingredients up to room temperature before assembly and baking. 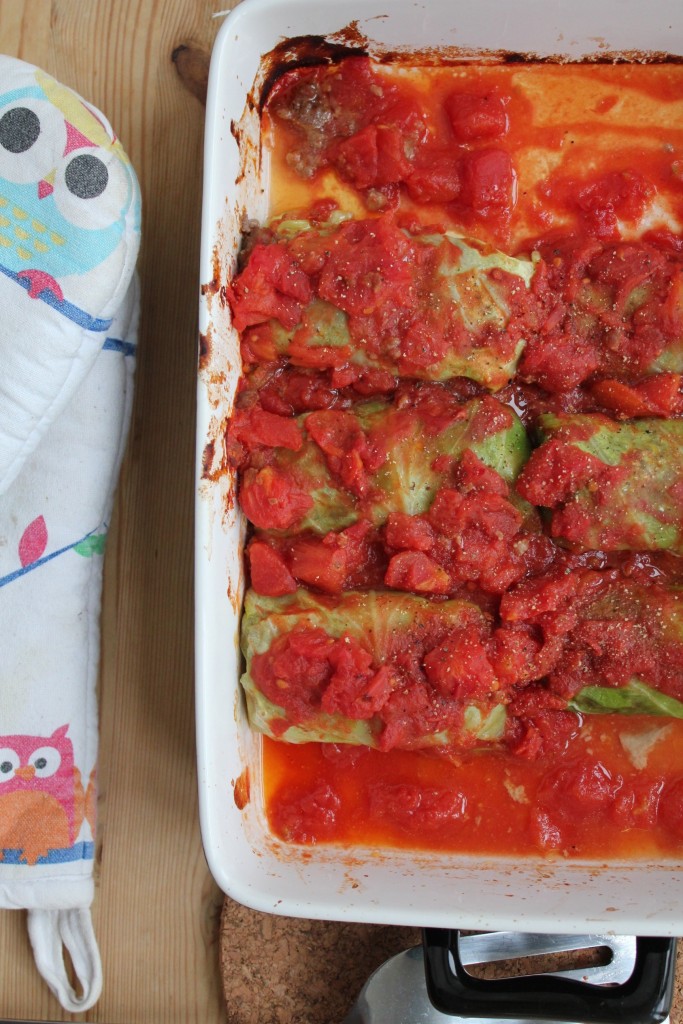