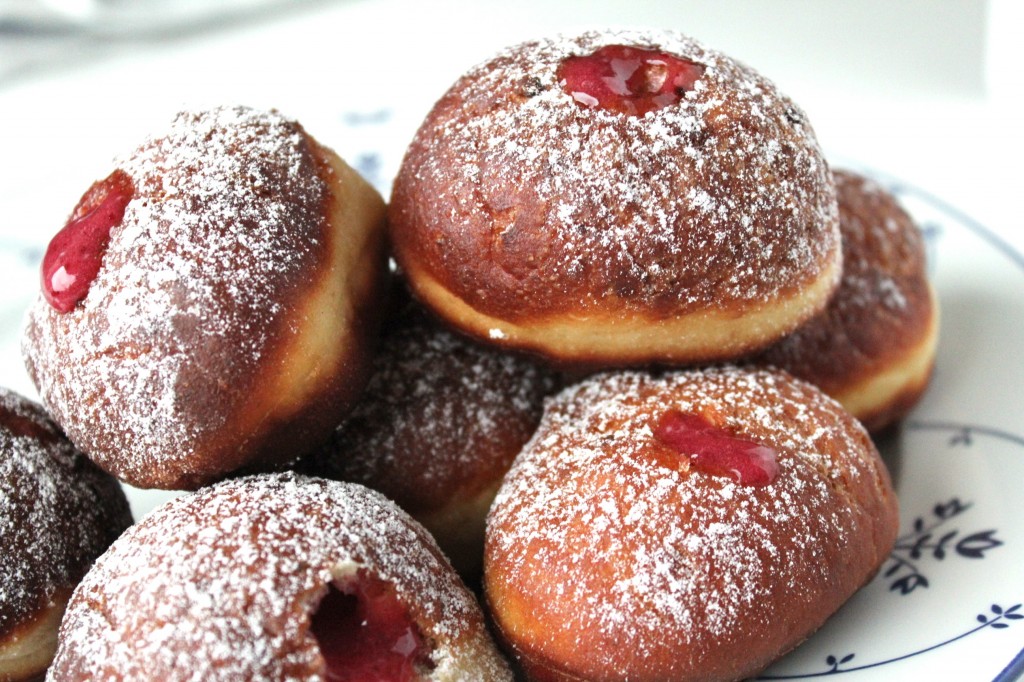 Hanukkah commerates the successful rebellion of the Maccabees against Antiochus IV Epiphanes during the second century BC and the rededication of the Temple in Jerusalem. Upon returning to the Temple, it was discovered that all oil in the Temple had been destroyed, less enough to last one day. Unbelievably, the menorahs in the Temple burned for eight days instead of just one, and thus, the Hanukkah tradition includes fried foods such Sufganiyot and latkes (potato pancakes) as a reminder of the miracle of oil.

The Jewish community in Norway is quite small with some accounts putting the total number of Jewish inhabitants at less than 1000. Most of the Jewish community in Norway is centered around Oslo, Trondheim and Tromso. Jews have been present in Norway since at least 1492 with the first documented Jews originally coming from Portugal as traders and seamen. Norway has two synagogues; one in Oslo and one in Trondheim, the latter being the second most northerly synagogue in the world.

Sufganiyot or Israeli jelly donuts are eaten in droves every year during Hanukkah, also known as the Jewish Festival of Lights. By some accounts over 20 million of these fried delights are consumed every year in Israel, and all during the eight day Hanukkah celebration period. The donuts are usually filled with jam or chocolate ganache or even enjoyed plain.

For this recipe, I’ve added a Norwegian twist to a traditional recipe by including ground cardamom to the dough and filling the donuts with Norwegian lingonberry jam. You can buy lingonberry jam online from iHerb or other online retailers.