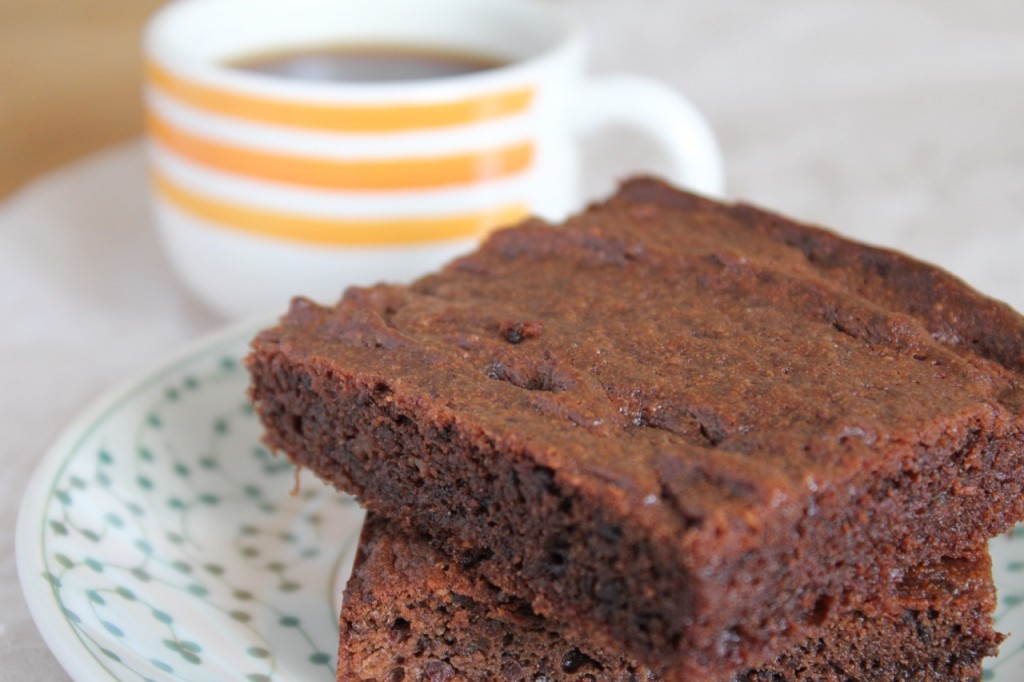 These Paleo brownies are so moist, so springy and so UN-apologically supreme – no one will ever notice they are gluten free! They are also dairy and refined sugar free too which means you can feel good about eating them as a treat from time to time. We aren’t gluten allergic in our house, but several of our friends are and this treat is great to be served as a dessert with ice cream, whipped cream or on their own with the strong coffee Norwegians are so famous for serving.

We spoke a little about Paleo cooking and the Paleo or “Caveman” diet a few weeks ago over a batch of chocolate chip cookies , and I’m still sort of digging it right now. I’m trying it out this month in an effort to clean up my eating habits a bit and find a way to deal with some intolerance issues I’ve been managing for the past 2 years. Don’t let any of that make you think these brownies aren’t to die for – because they are, whether you eat the Paleo way or not. They turn out like moist cakey brownies, so beware if you like the half baked chewy traditionally made ones.

Paleo Brownies
Print
Prep time
10 mins
Cook time
2 hours 20 mins
Total time
2 hours 30 mins
Author: Whitney Love
Recipe type: Dessert
Cuisine: Paleo
Serves: 12
Ingredients
Instructions
Notes
This recipe is adapted from the Paleo Brownies Recipe found at Elana's Pantry.
3.2.2929
If you live in Norway and plan to make these brownies, save yourself some money and buy you almond flour in the international markets. Most international markets stock “almond powder” which is nearly the same as blanched almond flour (I still can’t tell the difference, but I bet someone will argue that there is…). While you are there, be sure to grab your dates in the international markets as well. Dates bought in international markets in Norway tend to be of higher quality then those bought in more traditional stores. And of course, they are a lot more budget friendly.

Although I haven’t tried it yet, using 70% dark chocolate with mint in these brownie could be really good too! The chocolate I used in this recipe the first time around came from a top-notch chocolatier, but I’ve also tried them with the budget brand baking chocolate you can buy in Norway. Both tasted terrific – but the fancier one seemed a lot less greasy in the end. I’ll do myself a favor next time and make them with the 100% cocoa bars from Ghirardelli (sold through iHerb!).

Enjoy these other Paleo brownies and dessert recipes: 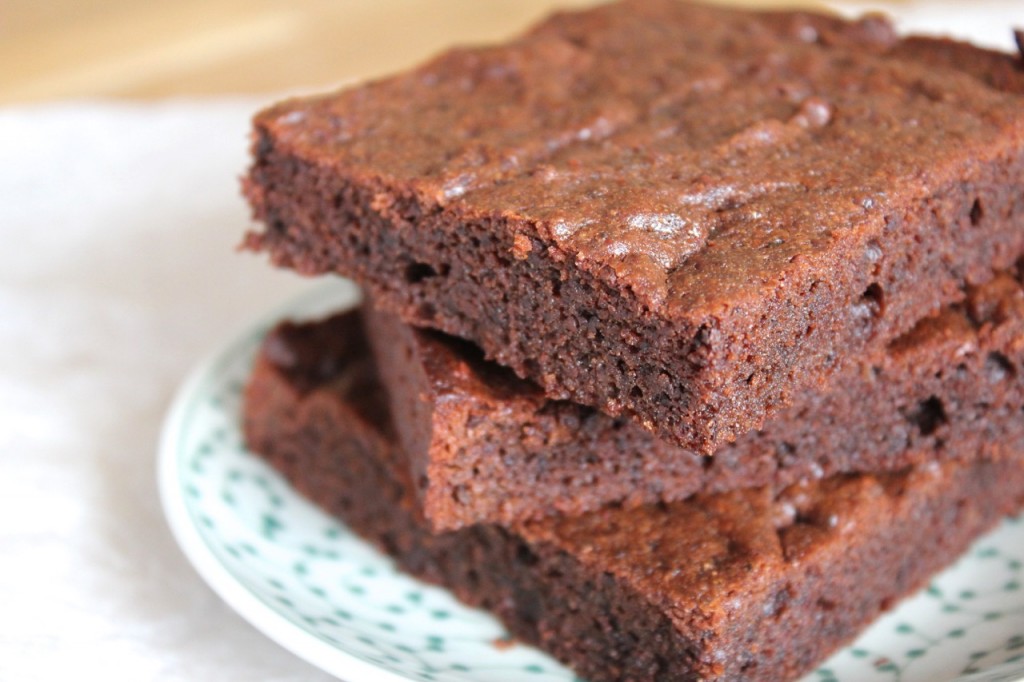