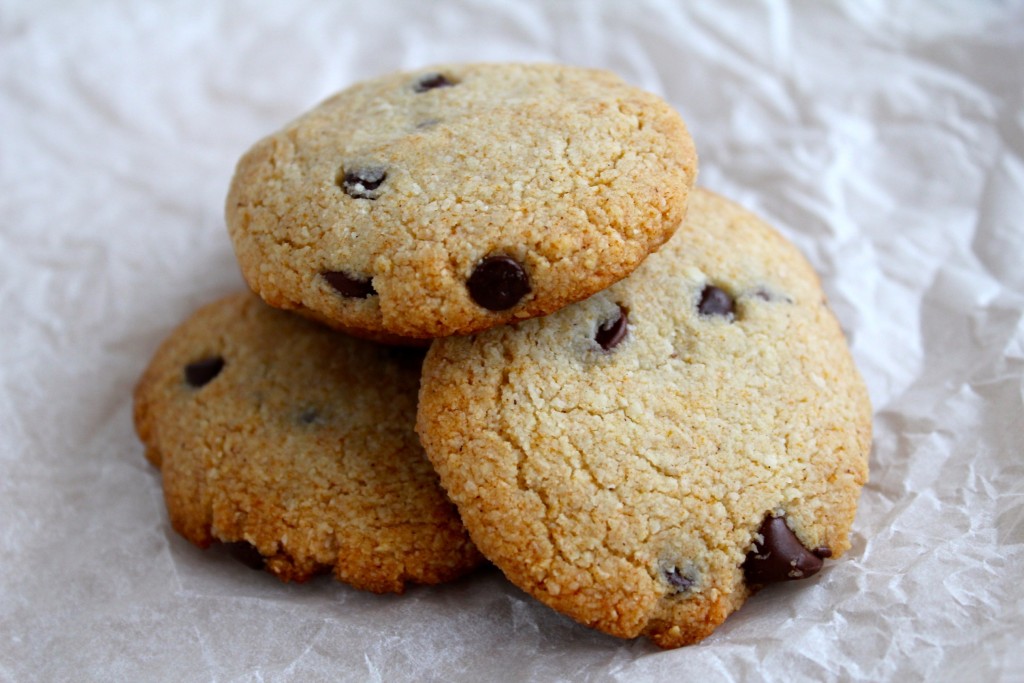 Paleo gluten free chocolate chip cookies are so tasty they can be summed up in two words: delightfully misleading. Paleo gluten free chocolate chip cookies might seem like cookies for health nuts, due to their lack of white flour, sugar and butter but believe me, these cookies will make you change your mind about paleo and gluten free baking all together. These gluten free cookies are made with blanched almond flour (look for almond powder in the international supermarkets in Norway – it’s the same thing), coconut oil and honey – then mini chocolate chips are mixed in just before chilling and eventually baking. The cinnamon in these cookies give them that “wow” something extra kick without becoming too over powering.

For those of you who don’t know, the paleo way of eating is based on the idea that in order to be a healthy as possible, individuals should eat the way our primal ancestors ate, which means eating whole foods and cutting out things such as grains, refined foods of any kind, legumes and all dairy. The Paleo way of eating promises to cure “leaky gut” issues, help improve immunity – especially for those with autoimmune diseases and support inflammation reduction. Eating the Paleo way is also said to help those with insulin resistance manage metabolic issues which may make it harder to lose weight. Paleo eating has become quite the rage these days in Norway, but I assume more for weight management than only overall health.

While gluten free foods are widely available in Norway, they tend to be extremely expensive (even by Norwegian standards!) and are usually pretty tasteless. These cookies kick that notion to the curb and nearly suitable for vegans.

What is Paleo?
Paleo Diet FAQ
What is Paleo Food? (Video)
Eat Like a Caveman, Train Like a Beast (Video)