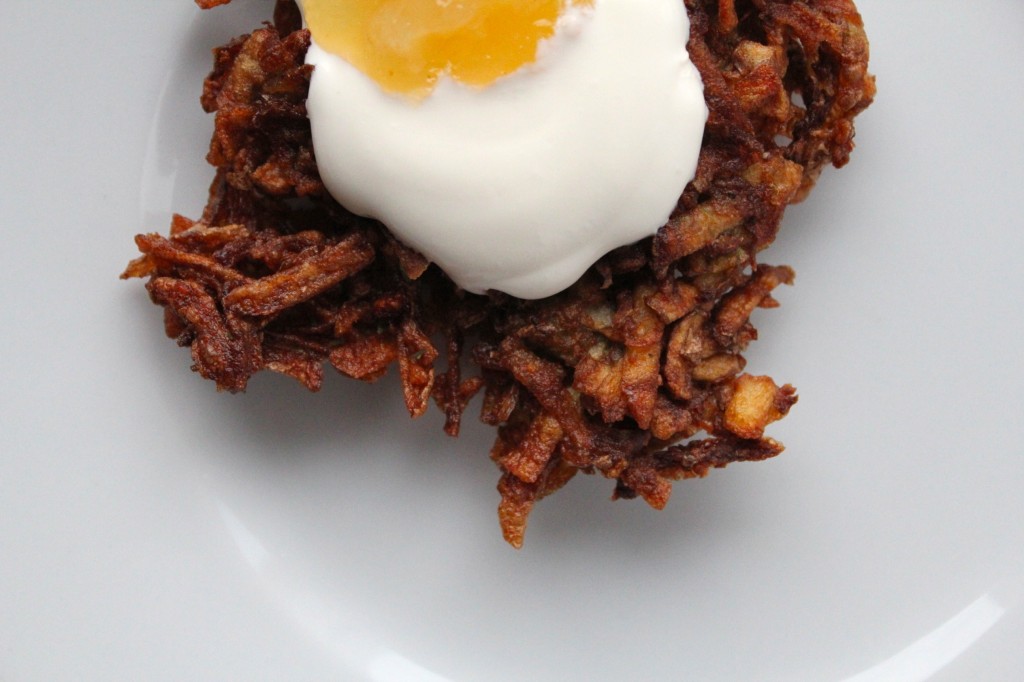 Yesterday we spoke about Hanukkah and a bit about the Jewish community in Norway. Today, I’d like to share with you another Hanukkah recipe, this one popular all over the world, but especially in my home country of the U.S. Potato latkes are potato pancakes pan-fried in shallow oil keeping with the theme of Hanukkah.

The secret to a “crispy on the outside, creamy on the inside” potato pancake is getting as much water out of the potatoes as possible before you fry them while retaining as much starch in the potatoes as possible. The tricky part isn’t just getting the water out of the grated potatoes; you need the starchy bits to help keep the latkes from falling apart when you cook them. Potatoes are full of water and starch, and as water and oil don’t mix, having overly watery potatoes in your mix means the temperature of the oil drops once you place the mix in the pan to fry. This leads to greasy, soggy latkes – and nobody likes that.

A well-known tip for getting water out of the potato mix, but keeping in just enough starch is to squeeze your potatoes out over a separate bowl, using a kitchen towel. Allow the starchy water to settle, pour off the excess water, then dump the starch back into the potato mix. This ensures that your latkes will come out crispy around the edges and wonderfully silky in the middle. 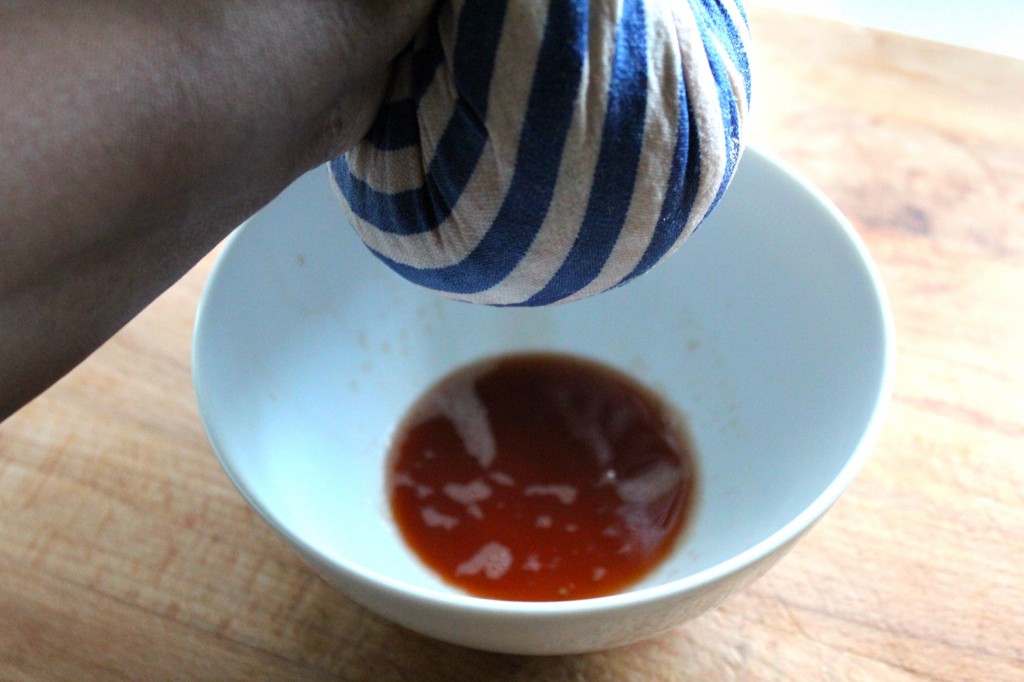 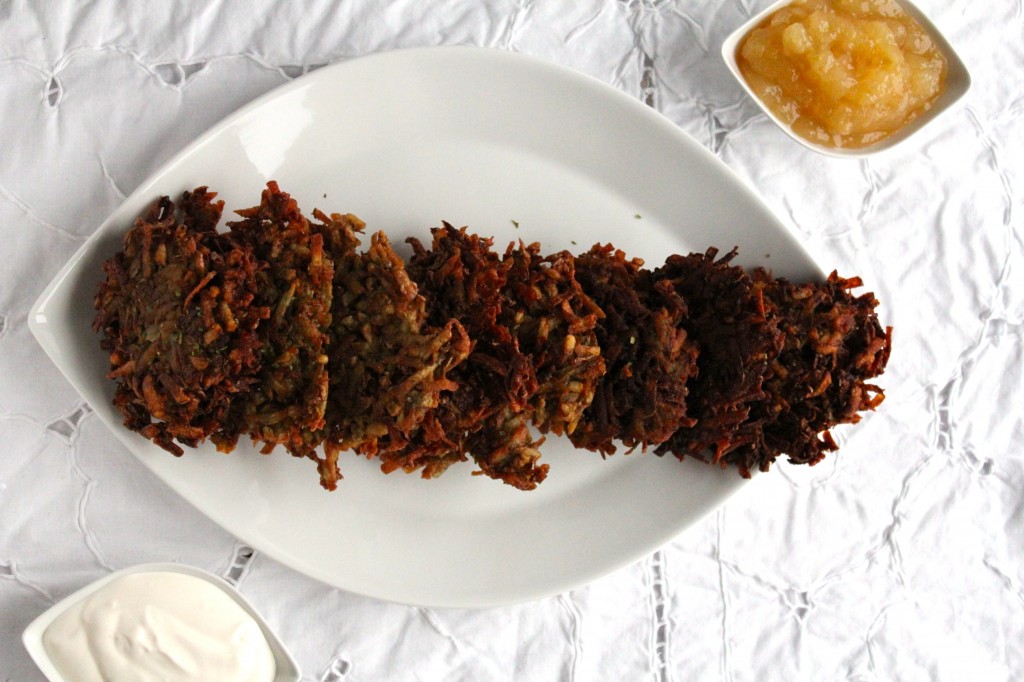