You are here: Home / The Expat Files / Sentrumsplan for Stavanger – Stavanger and Its Status as the Norwegian Food Capital 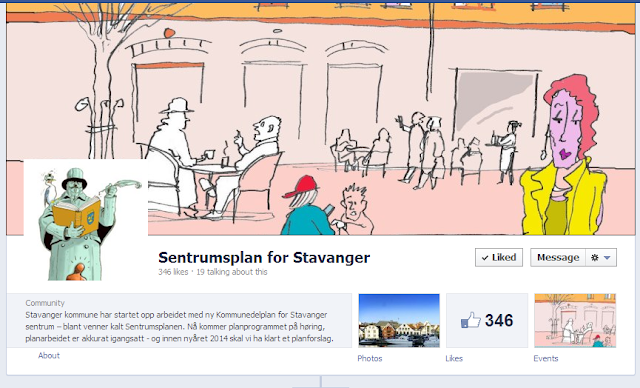 Stavanger has often been called the food capital of Norway and Stavanger Kommune now has plans to help develop this reputation in Norway in its plans to revitalize the city center. The Sentrumsplan project, better known as Plan 129K Stavanger Sentrum – will have a focus group dedicated to exploring how Stavanger’s “food capital” status can be not only developed but fostered for years to come.
So what’s the big question on everyone’s mind?
What role should Stavanger’s “food capital” reputation should play in the Kommune’s development plans?
If you’ve got an “A” to the above “Q”, I’d love to hear it. Post your comments on the Thanks For the Food Facebook page or below in the comments section.
A certain food blogger you all know and love (that would be me by the way), has been asked to join the project’s focus group (yippieeeeeee) and give inputs on how Stavanger can develop its “food capital” reputation in connection the to plans for the city center.
Read more about the city’s plan for the downtown area on the Sentrumsplan for Stavanger Facebook page or on the Stavanger Kommune Plan 129K web site. The city’s actual plan for development can be found here.
This post is for non-commercial, personal use only. Copyright ©2012 by Whitney @ Thanks For The Food. Be sure to check out my Useful Links Page and More Useful Links Page or read more about me on the About Page. You can also find TFTF on Facebook, Twitter, Pinterest and You Tube.